I was writing a post over on Binary Joy earlier when I saw the image below pop up in the preview pane. 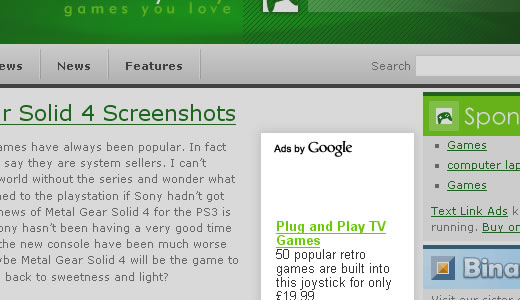 Ok it’s not the biggest news in the world but it’s interesting to see that Google are now using, or at least testing, images as part of their text ads. Google are well known for testing things live and then never using them so I will be interested to see if these are used or not.

I was going to say something about text being better then images for search engines but Google have an advantage there so I guess search engine optimization techniques are irrelevant.

Personally I think I actually prefer the text as opposed to the image and I hope it stays as text. However Google do appear to be doing more and more image/ movie based ads so maybe this the start of a move away from text ads?

I had to grab a screenshot quickly in case they disappeared and, as expected, I haven’t seen the image again. So, has anyone else seen these around?