I saw a cool watch the other day that is actually a tiny mp3 player with an lcd screen that can be used to tell the time. It also uses the usb attachment as a clasp to hold the watch on, which I thought was a nice idea. Anyway I thought it looked very cool, but having an mp3 player that’s all I thought.

A couple of days later I saw the watch pictured below. 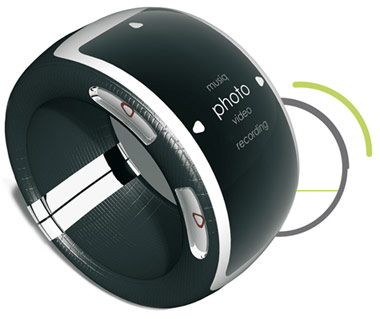 That thing is brilliant. Obviously I have heard of swatch but I’ve never thought of them as doing something like this. The watch has a watch (obviously) an mp3 player, a camera (video recorder), and a photo album, built in. I have yet to find any actual information about the watch apart from what is on the linked blog. There is nothing on the swatch website that I can see so I wonder if it’s some sort of prototype but still – it looks great!

Miniclip wins a Webby Award – yay for me!