Apparently this is a genuine “leak” for the new version of Windows mobile. I have used windows mobile on old touchscreen devices and I must say, despite being a fan of pc’s, I came away feeling a little dirty. It wasn’t a pleasant experience. The software was clunky and cumbersome, essentially full windows, squashed up, and made more ugly (if that’s even possible).

The new version of Windows mobile seems to take a lot of queues from the Iphone, with various gesture and touch based features, but it also adds it’s own Windows/ Microsoft twists to the thing. It’s about time they did something like this. 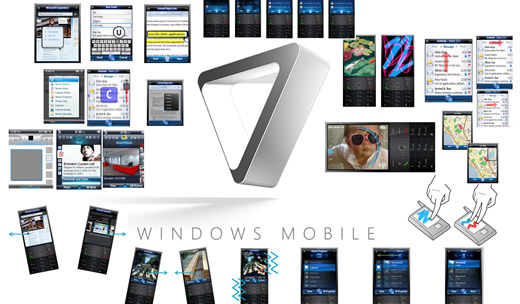