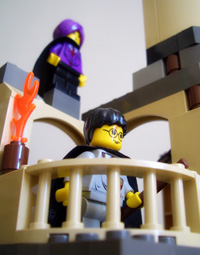 31 thoughts on “6 reasons why Lego is the best toy ever!” Leave a comment ›