I converted to Mac a couple of years ago – and am now a bit of a fanboy. Over the last couple of years I’ve been scouring the interwebs looking for the best apps to make my Mac usage even more useful and fun. Below is a list of some of the Mac Apps that I am using now that are not so well known – but incredibly helpful.

Tomahawk is a clever Mac App that let’s you listen to music for free. The system essentially searches and aggregates audio content. I must admit I don’t use it a huge amount, but I find it most useful when I hear about a new artist that I want to look up and sample.

Tomahawk searches your personal audio library, and then goes online, searches websites like Youtube and Soundcloud, and then extracts the music from them so that you can sample them as well. I am not sure about the legality of this since it is repurposing content but it can be quite handy so I like to keep it around. Being open source Tomahawk is updated quite frequently so it’ll be interesting to see how things evolve.

I’m still looking for the ultimate video editing/ special effects application. There’s loads of pricey ones out there but I just can’t justify the expense. VideoCanvas on the other hand is nice and simple, and affordable. It does have some down sides, it’s certainly not perfect but with some patience it gets the job done.

To be honest I haven’t used it for a proper job yet – but I’ve played with it a reasonable amount and I hope to create some proper videos with it soon.

There’s quite a few Mac Apps that allow you to compare text files, a lot of them nicer looking than CompareMerge – but what I liked about CompareMerge is the simplicity and speed with which I could do the job I needed to do. That and it’s only $4.99!

Day-O is a free Mac App from the ever prolific Shaun Inman – I use this to replace the Mac’s built in calendar. It’s very small and simple and just adds a proper calendar that I can browse through easily. Yes, the Mac Calendar app has more info – but sometimes you just need to know what the date will be next Wednesday.

Until recently I was using Notify App, but development on that has now stopped and I wanted a replacement. MailTab is actually a really simple app that wraps the mobile version of Gmail up, and sticks it into the menu bar at the top of the screen. This means that I can do all of my emailing with a few clicks and not have to keep loading gmail.com. It’s surprising how much better I have become at responding to emails with this simple addition.

There’s lots of text editors on the Mac, it’s a popular category – and it’s something that is quite fiercely contested. I have spent quite a lot of time trying to find my ideal editor and the best I have found is Chocolat. Sublime Text was a close contender but I really like the clean simplicity of Chocolat and so that’s where my money went.

I should add that I only use this for light text editing – my main IDE is Netbeans.

Sequel Pro is a Mac App for managing MySQL databases. Like many web designers I know how to manage databases using the command line – but I find using a visual editor is so much quicker and simpler that I can’t do it any other way. Using Sequel Pro I can easily backup/ transfer data, build a library of frequently used queries, design and edit tables and their contents – and much more.

In fact it’s a great way to learn as well – at least if you know the basics of MySQL. Sequel Pro includes a query log showing all of the queries that have been run – including those executed through mouse clicks. This means that if I want to write something myself in code I can perform the action and then see how it worked in order to duplicate it.

These Mac Apps represent a small subset of the apps I use daily. I use quite a few larger more well known apps, but maybe there will be something in this list that will helpful for you. So what are your favorite Mac Apps? Is there anything I have missed that might be useful? Adding a bit of Fun to my WordPress Themes Build Process 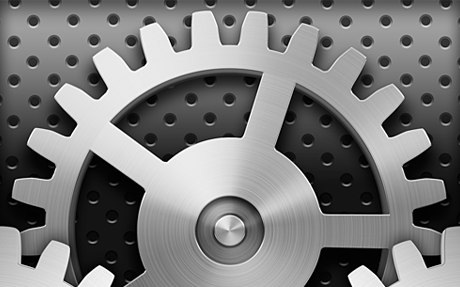