There have been celebrities on Twitter (follow me here) for quite some time but over the last couple of weeks there has been a huge surge of them joining in the UK. I’ve seen Twitter mentioned on a number of tv shows, and heard it on a couple of radio stations. It’s also been mentioned on some prominent UK news websites.

Apologies in advance to people outside of the UK – I am pretty sure I’ll mention a fair few people you haven’t heard of. 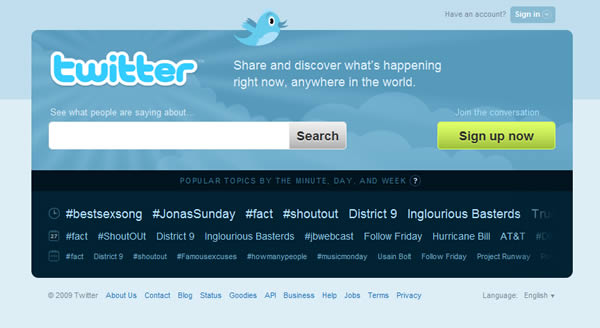 Personally I think that the first to embrace the technology in a big way was Stephen Fry, but more recently people like Philip Schofield, Boris Johnson (the mayor of London), and even the Prime Minister have helped push forward a big takeup from the British “famous person” contingent which in turn can only have increased the amount of UK Twitter users, also bringing in people who wouldn’t otherwise use it.

Naturally celebrities are very competitive so what better way to see who is the best than to compare the size of their Twicks… so I’ve put together the current top ranking for Twitter celebs in the UK according to TwickSize.com.