I found the reactions after the iPhone 5 announcement last week really interesting. Everyone knew the iPhone 5 was coming, and all the rumour blogs had announced almost everything presented. Before it started we knew many of the announcements. So why was the outcome so negative?

The iPhone 5 pre-orders sold out within some sort of crazy record (24 hours or something), yet there was a lot of negativity. People had set their expectations too high (despite the fact we knew what was going to be announced). The iPhone 5 is the natural evolution of the 4S – there’s nothing ground breaking, but it still looks like a very solid phone. And not to forget – if you don’t like it – you can always get an Android phone instead (the Galaxy S3 is also awesome)! 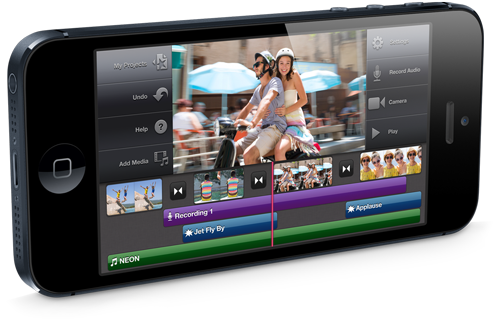 I think a lot of people forget that actually we’re alive during a golden age of computing. We’re incredibly fortunate to be seeing the changes and evolution in technology that we have. Obviously technology will keep improving but I am loving where things are heading so I thought I would explain why I feel so fortunate.

We’ve had email for ages now, but with social websites like Facebook, Google+ and Twitter we are being drawn closer still. The world is shrinking. I communicate on Facebook with people I haven’t seen in years. I communicate on Twitter with people I have never met. To be honest I don’t do much on Google+ but the potential is there for it to grow and I know others use it (if only they had a decent API).

So are people right to be upset about the iPhone 5? I think they only have themselves to blame. The phone itself will no doubt be a fantastic piece of kit – sure it doesn’t feature the innovations you might expect from Apple, but it has everything people were asking for and I for one am looking forward to the upgrade.