As some of you may know I make video games – both for work and as a hobby.

About a year ago a chap named Alan Broad posted a demo of a game he was intending to give away on a development forum I frequent. I really liked the game and thought some money could be made so I offered to buy the code and distribution rights. I wanted to tweak the game and release it for sale.

However he also said, “if you think we can sell it, I will make the changes and then you can publish it”. So, a year later, the game is now ready for release…

Gun Wing is a vertically scrolling shoot ’em up. With this game we tried to make something that everybody could enjoy, which tends to go against the general trend for shoot ’em ups. We wanted something easily accessible, that is easy enough for novice/ casual gamers to play, and challenging enough for the more hardcore gamers. 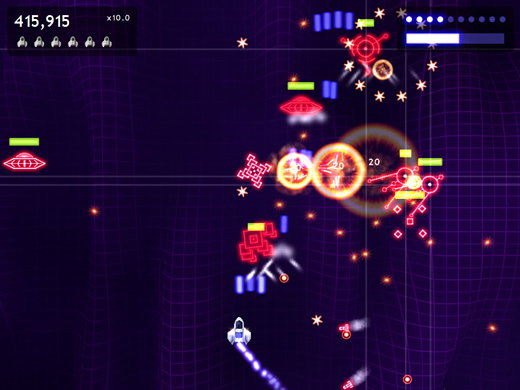 You can read an interview with Alan, the developer of Gun Wing, over on Binary Joy.

Publishing someone else’s game is a totally new experience for me. I now feel obliged to make the game sell – whereas before it didn’t matter if my games didn’t make much money. I am really looking forward to that first sale just so Alan can see he will make something out of the deal.

The game is currently on Binary Sun and now I need to let people know that it is available. This means contacting various games news sites, submitting it to download sites, and sending review copies to game review websites. I will also be writing a press release which will be sent to larger gaming sites in the hope that someone will pick up on it and drown me in visitors.

I’d love to get feedback on the game and hear about any other promotional ideas people have.

iPhone Game in More than a Day