My girlfriend Jo and I have recently (actually… 2 weeks ago – I’ve been too busy to write it up :-S) gotten back from a holiday in California, which is last months excuse for the lack of posts on my blogs. The primary purpose of the trip was to go to a science conference for Jo’s PhD which was held in San Diego, but we decided to hang around for a few extra days and enjoy the sights.

Once the conference was over we went into Downtown San Diego, Little Italy to be precise, where we spent 4 days seeing the sights (highlights included Sea World and the San Diego zoo). Then for the last two days of the holiday we moved slightly north to Anaheim to spend a couple of days at Disneyland.

Based upon my own experience I would recommend that anyone interested in Disneyland (or world) would be advised to visit off peak like Jo and I did. The place was almost deserted! The only downside is that the parade is likely to get rained off. Twice.

By and large the weather in California was very good to us, apart from the last couple of days it was as close to perfect as we could wish for. Unfortunately our first day in Disneyland was wetter than expected, but it didn’t stop us from enjoying ourselves (we’re English, we’re used to it!)

There were a few things that confused me about America, tipping is something we just don’t do in the UK (apart from restaurants and taxies) – so getting used to that was a big jump. Likewise tax on purchased goods is something we don’t do in the UK – or rather we do do it, but it’s already added to the item when we take it to the till so there are no surprises. On the other hand the cost of food and petrol (gas) are so cheap compared to England it’s crazy – both Jo and I ate very well, although it was hard to find a wide variety of veggie food, so we did end up having a lot of veggie burgers and chips (fries).

Here are a few of the hundreds of photos we took.

A self taken photo of Jo and I at San Diego Zoo – we’re getting pretty good at taking photos of ourselves. 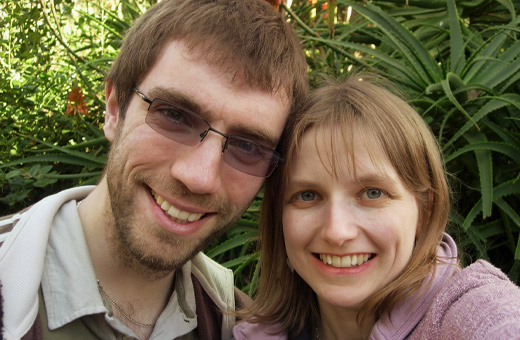 A Polar Bear at Sea World – this photo was taken right after a very cool flight sim (submarine sim?) ride. 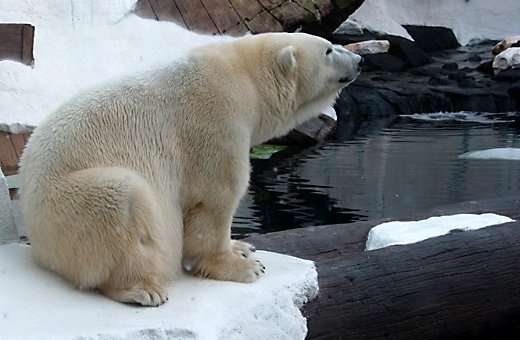 Me feeding a Dolphin at Sea World. Unfortunately I used up all of my very expensive Dolphin food before I realised everyone else was stroking them as well as feeding them. 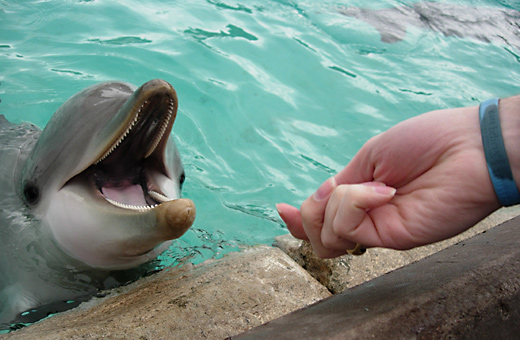 We went to a Martin Luther King day parade, and this was one of the many vehicles on the parade. I’m showing the photo because it was probably also the shiniest vehicle there. 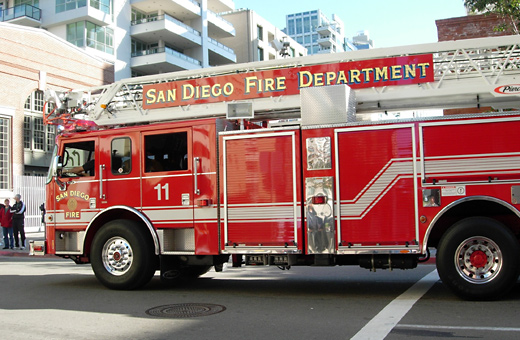 I don’t think the Gorilla below was having as good a time as we were. 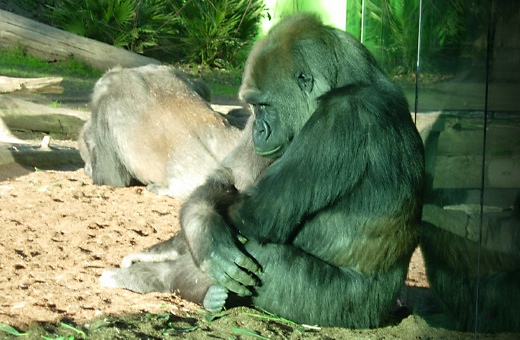 A Sunset view of San Diego harbour from Seaport village 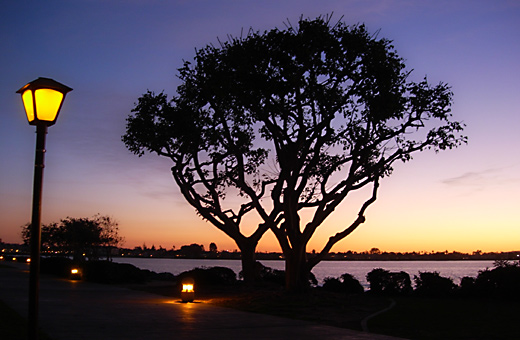 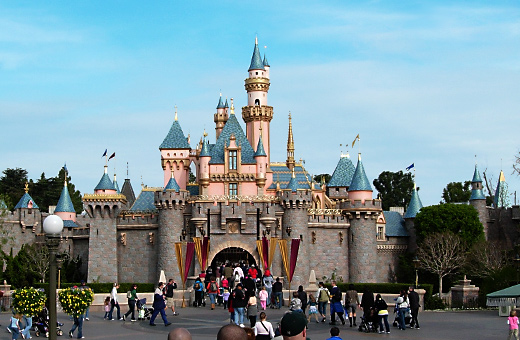