Last weekend my girlfriend and I went to the Ben and Jerries Sundae festival (on Sunday no less). This is a small festival on Clapham Common in London, England. It’s run by Ben and Jerries ice cream and has a variety of partners within, all promoting green things (renewable energy etc), and generally being nice and ethical – all things I believe quite strongly in. 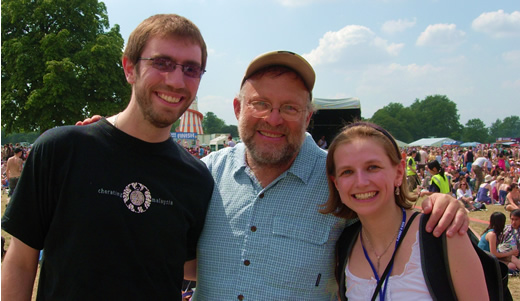 There was also a stage with live music and, best of all, as much free Ben and Jerries ice cream as you can eat. I had a fair amount but (un?)fortunately not enough to throw up!

The weather was boiling and I succeeded quite nicely in burning myself (legs and arms) so am a little tender at the moment, thankfully not too pink though. The highlight for me, apart from the free ice cream, was meeting Jerry – the co founder of Ben and Jerries ice cream. My girlfriend and I even got our photo taken with him, so I get to do a wonderful joke about Ben and Jerry being reunited once more (or something equally rubbish). 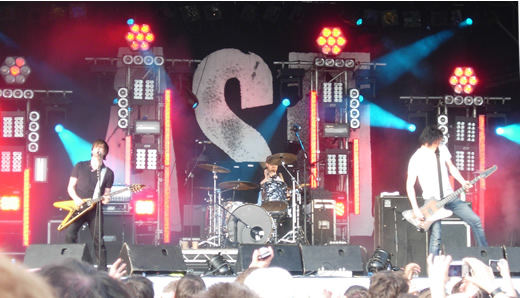 Throughout the day live music was playing with the bands getting more and more famous as the day went on. For me the best bands were the second – who’s name I can’t remember, but I wanted to look them up – and the last, Ash – a rock group from Ireland. I used to be a bit of an Ash fan, their album 1977 being the one I have listened too the most, but I haven’t followed them so much recently. Thankfully they played quite a few from 1977 so I felt right at home and was able to sing along with a number of their songs.

I’m now trying to make sure I am free for next years Sundae festival.