In my plans for 2010 I said I wanted to release 3 premium themes, and earlier this week Darren Hoyt and I released the first of the bunch.

Accumulo is an RSS aggregation theme designed to imitate sites such as Popurls.com and Alltop.com, and in particular Darrens own WPTopics. 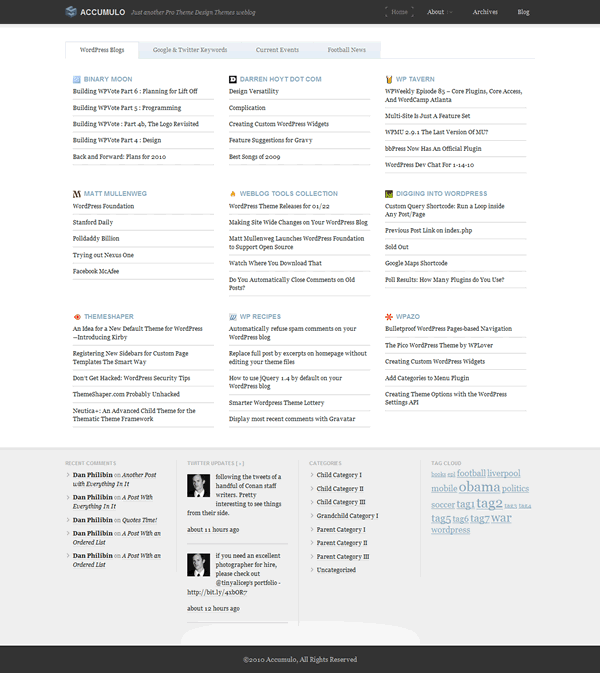 The unique selling point of Accumulo is the tabbed homepage on which you can place any WordPress widget. The main draw is the custom RSS widget which loads and caches feeds for display on the homepage. These widgets are what make the Accumulo demo work so well.

One of the features of the theme is a “back to top” link that appears in a fixed place as you scroll down the page. Click it and you are smoothly scrolled back to the top of the page whilst the button fades out. All very slick and, in the Accumulo release post comments, something I was asked to add to our other themes.

I’m not a fan of just adding features to themes, but I could see it would be a cool little widget so I spent half an hour putting together a plugin for it, which I have called BM Top Link (catchy – I know).

The End of WordPress Themes is in Sight